We currently operate three of UK’s most prestigious networks, carrying over half the UK’s light rail passengers between them. They are:

KeolisAmey Docklands became the operator of the Docklands Light Railway network in London in 2014 under a seven year franchise agreement. KeolisAmey Docklands, a joint venture formed between Keolis and Amey, was awarded the light rail franchise to operate and maintain the DLR until 2021. This contract has since been extended by four years, which is testament to the success of our team there.

The DLR has grown to become the UK’s busiest light rail network, carrying over 117 million passengers each year.

Since taking over, KeolisAmey Docklands has introduced a range of improvements to customer service, operations and the network’s physical nfrastructure. Working closely with Transport for London, the partners have succeeded in maintaining the network’s industry-leading 99% departures record, while boosting customer satisfaction to an annual rate of 89%, an all-time high for the network.

In 2017, KeolisAmey, the joint venture between Keolis and UK services provider Amey, won the contract to operate Greater Manchester’s Metrolink tram network. With 103km of track and eight lines serving 99 stations, Metrolink is currently the largest tram system in the United Kingdom.

Key features of the contract include a major focus on improving operational reliability, customer service and security with an increased staff presence on the network – particularly in the evening and at weekends. 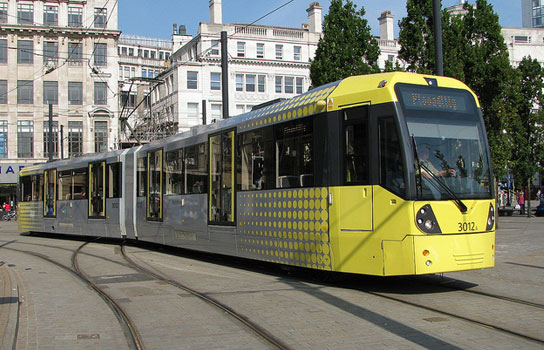 We are also a part of the Tramlink consortium that helps to deliver one of the UK’s leading light rail systems in Nottingham.

Drawing upon our extensive international experience, we have helped to continually deliver improvements to this award-winning service.

We advised on the network’s expansion project in its design and implementation ahead of its completion in August 2015, with new lines now regularly added to the service.

Inter-modality is a defining feature of our approach to delivering passenger services, and we have worked closely with local bus and train operators to help create an integrated transport hub at Nottingham railway station.

We have also helped to deliver a number of service improvements in Nottingham by increasing the number of trams operating per hour from six up to eight, through innovative changes to track layout, tram reliability and maintenance infrastructure. 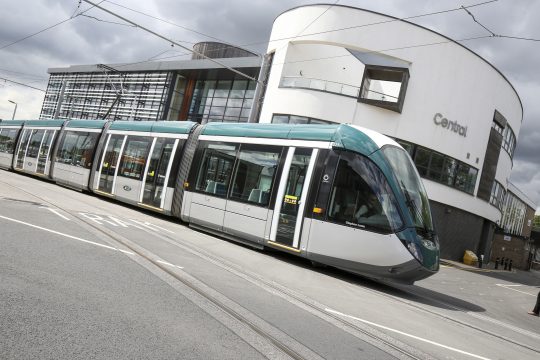 Keolis is the Global leader in tramways. Today, the Group operates 16 networks, including the world’s largest in Melbourne (29 lines and over 250 km of track).

From the design stage to operations, including the choice of rolling stock, maintenance, recruitment and employee training, Keolis’ expertise covers all phases of the project lifecycle, regardless of the technology used: traditional tracked trams running on iron rails with steel wheels (powered by overhead lines or catenary-free), rubber-tyred trams (running on dedicated track or sharing the road space with other vehicles), or tram-trains (running on dedicated lanes and on the suburban rail network).