His Excellency Mattar Mohammed Al Tayer, Director-General, Chairman of the Board of Executive Directors, Roads & Transport Authority (RTA) said: “We at Dubai’s Roads and Transport Authority are keen on ensuring the highest standards of operation, maintenance, security and safety for the metro and tram riders and achieving competitive performance indicators of operation and punctuality of journeys besides improving the quality of services provided to metro and tram riders. According to the contract, the consortium shall undertake the operation and maintenance services of the Dubai Metro Red and Green lines as well as Route 2020. It will also cater to the operation of Dubai Tram, and all assets of the metro and tram networks including trains, control centres, stations and the associated infrastructure”.

Group CEO Marie-Ange Debon said: “We are honoured to have been selected, along with Mitsubishi Heavy Industries Engineering and Mitsubishi Corporation, by RTA to operate and maintain Dubai’s sophisticated driverless metro system and catenary-free tram system. Keolis boasts extensive experience in managing automated metro and tram networks, and as a multimodal operator working closely with 300 public transport authorities every day to guarantee safe, reliable and passenger-focused mobility solutions, we look forward to nurturing a collaborative partnership with RTA to deliver their vision of smart, sustainable and convenient public transportation for the city.” 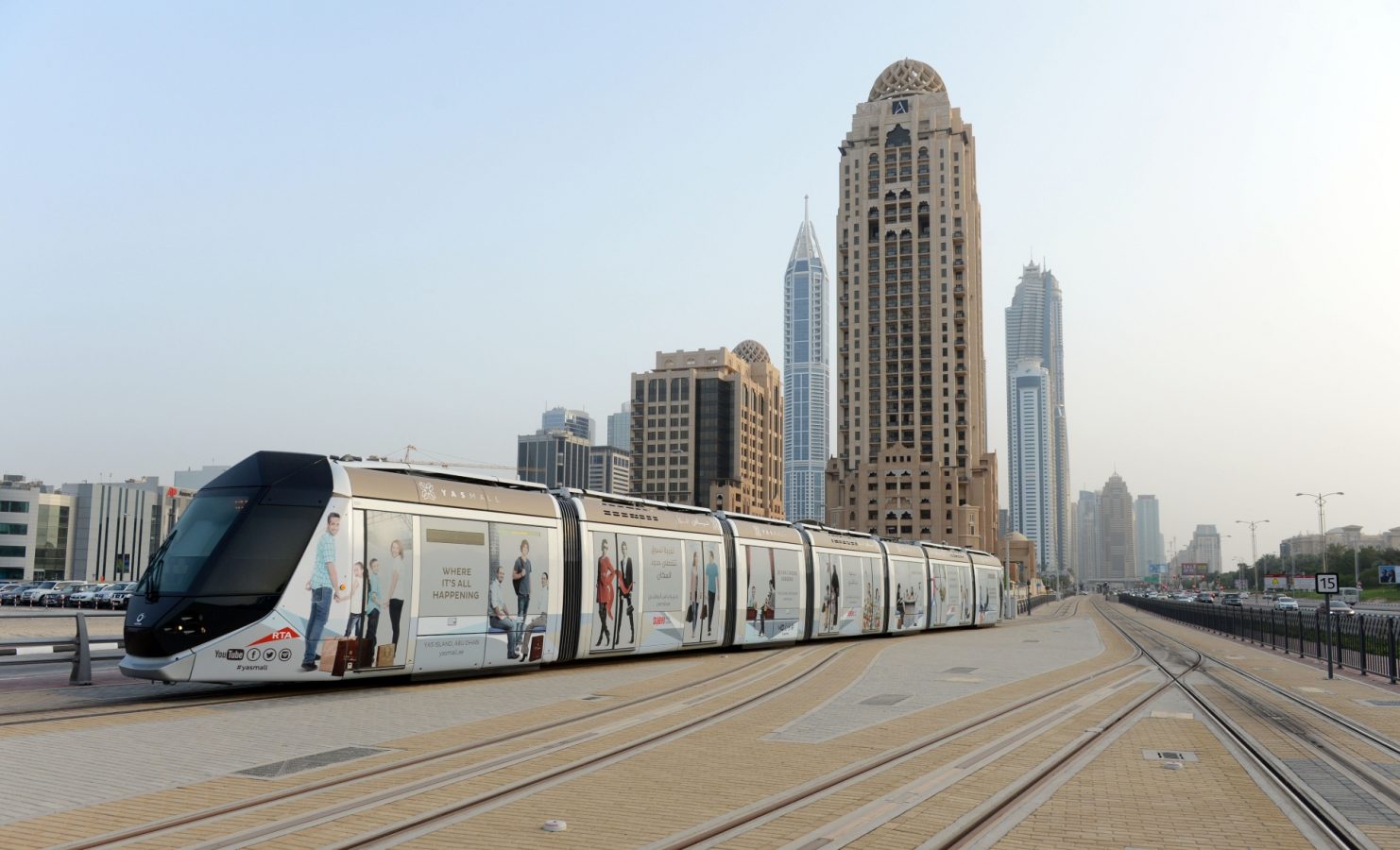 A modern, innovative public transport network at the forefront of smart mobility

Underpinning Dubai’s Smart City vision, innovation is a key feature of RTA’s metro and tram networks, which carry around 210 million passengers per year3.

Harnessing modern level 4 communications-based train control (CBTC) technology, provided by Thales – which increases transport capacity by reducing the time interval between trains – the Dubai metro network is the longest fully driverless and automated metro network in the world. It features two lines (including Route 2020) spanning a total of 90 kilometers, including 15.8 km of tunnel, and 53 fully air-conditioned stations offering a host of facilities ranging from retail outlets to Wi-Fi. The metro system is embedded into a wider, multimodal network offering comprehensive and accessible travel options, which link metro stations with bus, taxi and marine services.

Equipped with 129 metro trainsets (79 Kinki Sharyo metro trains delivered by Mitsubishi in 2009 and 50 Metropolis trains built by Alstom), the metro network provides easy access to key locations such as Dubai International Airport, Burj Khalifa, Dubai Healthcare City and the Expo 2020 site, where the United Arab Emirates is set to host an exceptional edition of the World Expo event for six months from October 2021.

With a total length of 10.6 km, the city’s tram network consists of 11 stations and 11 Alstom Citadis trams, connecting to two metro stations: Dubai Marina and Jumeirah Lake Towers. The tram network is equipped with cutting-edge innovations such as platform screen doors.

A unique alliance that will enhance the passenger experience

From September 2021, Keolis will provide shared mobility services in Dubai along with the major railway system integrator MHI and rolling stock supplier MC, partners which were both heavily involved in the construction and development of Dubai’s metro network. With Keolis in the lead, the JV will take the form of a new subsidiary called Keolis-MHI.

This JV combines MHI and MC’s extensive knowledge of the Dubai’s metro network with Keolis’ experience in automated metro operations. The JV will work hand-in-hand with RTA to deliver its vision of world-class, smart and sustainable mobility for the city. Keolis-MHI will:

Keolis will draw on its extensive experience in managing automated metros and trams in close partnership with public transport authorities (PTAs). Keolis works closely with 300 PTAs across the world, including: