New tram networks must be integrated and affordable

Light rail use in England reached record levels in the year ending March 2019, according to the latest figures from the Department for Transport (DfT). More than 272m passenger journeys were made on the eight major English systems over the period, the highest number since the collation of comparable statistics began in 1983. Across the three Keolis-operated tram networks – Greater Manchester’s Metrolink, Nottingham Express Transit and the Docklands Light Railway – we grew our passenger numbers by 5.7m journeys, a 3% increase on the previous year.

Fundamentally, passengers like trams. They’ve become synonymous with modernity, speed and convenience, and this is reflected in their high satisfaction scores. The results of the latest Transport Focus Tram Passenger Survey (published in April 2019) show 91% satisfaction overall across the four major tram networks surveyed – in contrast with 79% with rail services (National Rail Passenger Survey, January 2019).

It’s unsurprising then that there remains a strong appetite in UK cities to establish new systems. In June, Liverpool became the latest regional city to discuss proposals for a new city centre network, linking its emerging Knowledge Quarter development with Lime Street station. In Coventry, a project funded by the Government’s Local Growth Fund and the West Midlands Combined Authority Devolution Deal, is advancing the design of a new battery-powered system for the city. These two early stage proposals are indicative of the strong latent demand for more light rail in the UK. 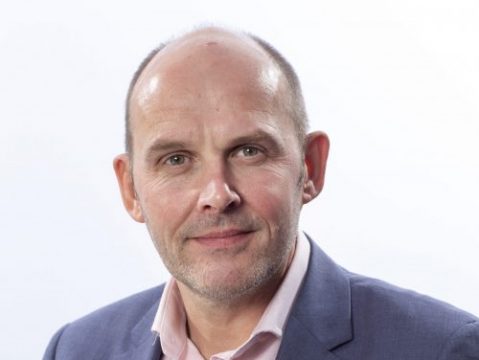 The potential for further schemes is substantial, particularly in England’s smaller cities where trams can provide a reliable and efficient public transport service from the outskirts into the centre. Yet, to bring more schemes to fruition, we need to solve the critical issue of affordability.

Development cost is a major barrier. We’re all aware that the movement of utilities during construction can be prohibitive, particularly as utilities providers have historically capitalised on works to upgrade their infrastructure, leading to escalated costs. So we need to think about more affordable ways to deliver schemes, looking beyond the current construction methods to perhaps some form of ultra-light rail as an alternative. The lack of genuine transport integration outside London also presents financial barriers. This problem comes down to the deregulated nature of the UK bus industry, which means when new tramways open they are often competing with buses for patronage, rather than providing a complementary offer to the public. This is in stark contrast to several countries in Europe, where the philosophy is to feed light rail systems with buses, often by redesigning bus networks to align with new tram routes.

I see the re-regulation of buses as a necessary step to making light rail ultimately viable for growing cities. Greater Manchester Metro Mayor Andy Burnham’s recent announcement that he intends to replicate the successful Transport for London model of bus franchising is therefore welcome news.

Re-regulation is a key means of enabling the development of fully-integrated transport networks, which would go a long way to making new light rail schemes more appealing.

At the same time, new funding models must also be considered. The majority of UK tram projects have been delivered via traditional public funding, but with public finances – particularly at a regional level – under intense pressure, this isn’t a viable option any more.

Nottingham Express Transit (NET) is a notable exception. Recognising that to wait for public funding may have placed its scheme at the back of a long queue behind Manchester and the West Midlands, Nottingham opted for a Public-Private Partnership (PPP). Yet while the PPP covered project financing, the public sector still needed to solve the challenge of how to fund the scheme thereafter. Here, Nottingham also took a new approach, introducing a Workplace Parking Levy – applicable to employers with more than 11 parking spaces. This contributed 35% of the scheme’s funding, the remainder coming via central government. It required creative thinking and aggressive political will to make things happen; this clearly needs to be the spirit in which we approach the future of light rail in the UK.

Globally, while tram operating costs are often covered by passenger revenues, investment costs – such as construction, rolling stock procurement or major fleet overhauls – require additional sources of income. While it’s a financing model that has been tainted in the UK in recent years, in Australia and Canada, cities are increasingly using Public-Private Partnerships (PPPs) to finance tram infrastructure.

In France, companies with more than 11 employees pay a transport tax which finances around one-third of public transport (versement transport). And in Germany, tram networks are financed in part by electricity suppliers, as trams are a major consumer of this energy.

For a tramline that boosts the attractiveness of the neighbourhoods it runs through, some cities introduce specific property taxes around the network so that real estate developers also contribute to its financing.

Clearly, there is much international best practice to draw on. If we’re serious about expanding our urban light rail provision in the UK, it needs to be emphasised again that we will require a commitment at both central and local government level to address some fundamental challenges.

As CEO of Keolis UK, Alistair oversees strategy for the UK and Ireland. Keolis operates in 16 different countries and has been in the UK since 1996, today employing over 13,000 people across a number of franchises. Through its joint venture agreements, Keolis operates some of the UK’s busiest rail franchises, in addition to London’s Docklands Light Railway, Greater Manchester’s Metrolink and the award-winning urban light rail network in Nottingham.

This article was originally published in Tramways & Urban Transit.